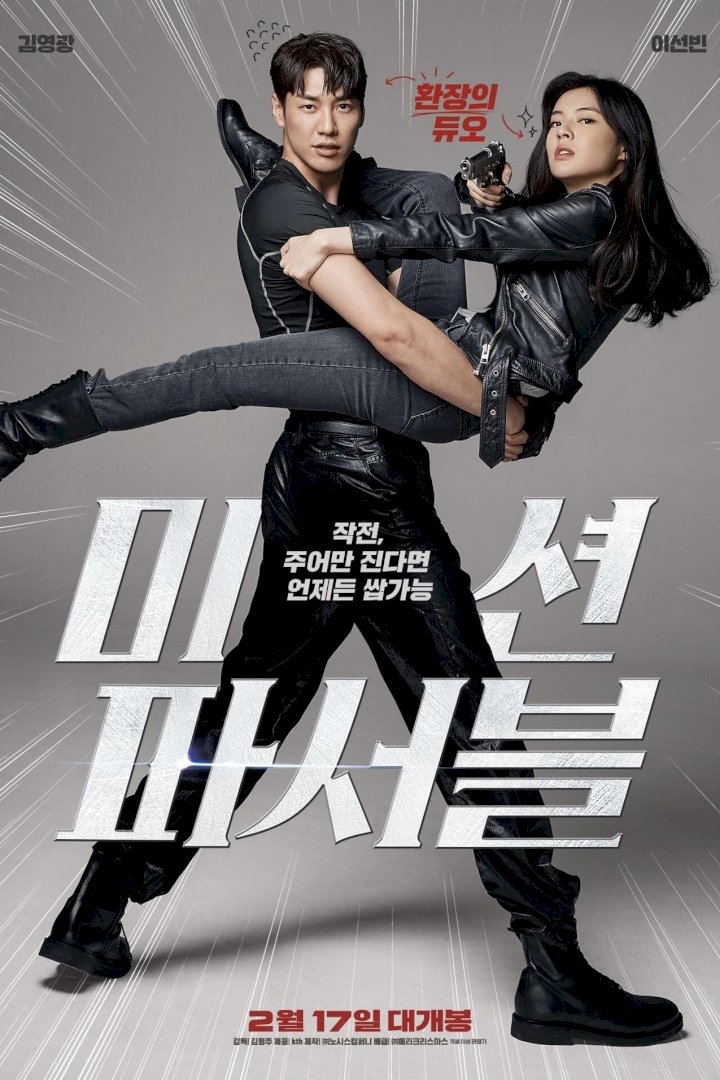 A rookie secret agent’s first mission turns into chaos!A Chinese secret agent Da-hee receives intel that a large number of illegal firearms are being smuggled into Korea and is sent to investigate the case. She meets Su-Han, who was supposed to help her with the case but due to his lackluster skills, they keep fighting over really trivial things. But as their witnesses are suddenly murdered, the two of them quickly become the prime suspects.Mission Possible (2021)